Milo Shammas began his journey of building soil health and plant growth while aboard a fishing boat. Joining his father for early morning fishing trips was a rite of passage that soon became a passion—and destiny to fulfill.

Young Milo watched the caught fish get filleted by deckhands, ready to make a perfect dinner for the fishermen. But Milo was caught off guard by the organic fish scraps being thrown back into the ocean. It reminded him of the Thanksgiving tale he had learned in history class, in which American Indians taught the newly-arrived Pilgrims how to cultivate the land. The Indians didn’t waste anything—they buried carcasses of the fish they’d caught and prepared in each cornfield because they understood the power of fishes’ fertility support growing the best crops, in addition to “giving back” to the land. So, Milo followed suit and brought fish scraps home: the entrails, heads, even skin—everything that was being discarded—with the intention of mixing it all into the soil of his family’s garden. That season, at just seven years old, he cultivated that garden with his mother, and the Shammas family enjoyed the most fruitful harvest in years.

Sheer innovation had helped create an amazing garden that year—and that passion carried on as Milo continued to learn about biology, botany, and overall health and wellness. He made a conscious decision to move away from some of the products he’d be using in his gardening and to the most completely organic fertilizers possible.

Ultimately, Milo decided it was time to take matters into his own hands and create a fertilizer blend of his own. It was only fitting that he used the ingredient he accidentally discovered on that fishing boat and used in his family garden—fish bone meal. Today, it is still a staple in his formulation.

Knowing he had something special, at 25 years old Milo began formulating and testing various formulas. By the time he was 27 years old, he had started the Dr. Earth Company. He borrowed $40,000 from his father and utilized his parents’ home in a quiet Los Angeles neighborhood as headquarters and production facility. It was then he embarked on his own American dream, selling Dr. Earth all-purpose fertilizer out of the back of his used pickup truck to local nurseries located in the heart of Los Angeles.

His formulation generated great interest because he invented the very first living fertilizer, infusing beneficial soil microbes, or “probiotics” in the fertilizer. This idea disrupted the organic market, he alone was manufacturing a product with a total absence of competition. Since this idea had never existed, he had exclusivity to penetrate the retail industry very quickly, but it came at a cost. It was a long process to access and educate the thousands of retailers and the community over the years, building the awareness of living organics: what they do, and why they are so unique in their value. The retail market had never seen this before, so Milo was setting the path to change the lawn & garden industry. He used the Dr. Earth brand to innovate and improve the practices of an industry that had grown increasingly complacent—and chemical dependent—since World War Two.

Milo desires to remove the stigma that gardening is difficult. He believes that organic foods and organic farming should be an everyday endeavor, in addition to believing that reform within the industry is a necessity. In line with the supply and demand model, Milo understands that the day the term organic becomes a commodity, it will become an everyday way of life for everyone. When this shift happens, the chemical growers will become the minority, and organic foods will dominate the market. With this vision, Milo hopes to use the Dr. Earth brand name to change the world and make it a better place. With greenwashing becoming such a common practice, consumers need to know that the real polluters are the large-scale producers, cutting corners and trying only to improve profitability—at the expense of real and lasting environmental consequences. Not supporting business that have questionable practices is the first step in changing the industry.

Milo continues to spread awareness and empower each and every individual interested in healthy living with the tools necessary to better their lives, and to enrich those who surround them for generations to come. Not only does he view the garden as our medicine cabinet—he sees it as a connection to our past. Milo has been quoted as saying, “when I touch the soil, I am doing what my ancestors did 10,000 years ago, and it connects me to my humanity in a deep and profound way.” He believes the soil is alive, and connects us with our history—but it also holds the power to control our future.

As a pioneer in the field of organic gardening, Milo has researched and developed a comprehensive line of products to empower and improve the organic gardening experience for anyone who chooses to undertake this endeavor.

Dr. Earth’s mission is to support organic gardeners, and he built his company to be engaged fully in the ongoing development and curation of a product line that contains the highest quality ingredients. His products are considered to be the very best quality, while also being the most effective, safe, and naturally-derived on the market— propelling Dr. Earth Advanced Organics to be known as the most innovative gardening company in the United States.

The company operates on the knowledge that best way to build customer loyalty is to offer sound advice that offer comprehensive gardening success. Every time a customer chooses to apply a fertilizer, a weed killer, or an insecticide, it’s a critical decision that affects the long-term health and productivity of the garden.

Well-fed soil will have increased biological activity which helps to make plants resistant to disease, frost and insects, while maximizing the potential for growth and optimal health. The brand empowers organic gardeners to easily work hand in hand with nature to create a healthy soil, offering a better, more rewarding and productive gardening experience.

Milo’s success could be partially attributed to his innate ability to innovate. His earliest foray into organic gardening attuned him to the possibility that the environment will provide, and it was up to him to figure out how to craft products that would capture the natural ingredients necessary to cultivate an effective garden quickly and safely, avoiding the option of harsh chemicals.

Fish bone meal is one of the first ingredients in Dr. Earth’s fertilizer formulations, and it’s also one of the most pricey to source. However, Milo discovered by serendipity at a young age that this particular substrate was highly effective and necessary to build a quality organic fertilizer product from. He continues to include it in both his fertilizers and soils, sparing no expense and cutting no corners with one of the most important ingredients in his line.

Thought leaders are always pushing the envelope for the best practices in an industry. Milo had his first exposure to this important role when he introduced his first product to market, Dr. Earth® Organic 7®. He had developed a relationship with a biochemistry company that focused on harvesting living microbes from bovine sources. Since these probiotics can effectively break down organic materials in the animal’s stomach, he realized they would also be effective in his soil formulations. Using this approach, his products produce greater plant adaptability in a wider variety of soil types, bringing life to all soils in addition to renewing and restarting old, tired soils.

Falling in line with Milo’s attitude of empowerment, he believes everyone’s voice matters and he decided to found a boutique publishing firm as a platform to allow young and creative minds to be heard. He founded Cedar House Press in May of 2004 and it has published well over 100 pieces of printed materials, including books, magazines, gardening guides, and product catalogs.

Milo has also authored two well-recognized books of his own: Healthy Garden Healthy You, and Home Grown Food. Each book focuses on how beneficial organic food can lead to health and longevity, where it begins, and how to start on the organic gardening path. 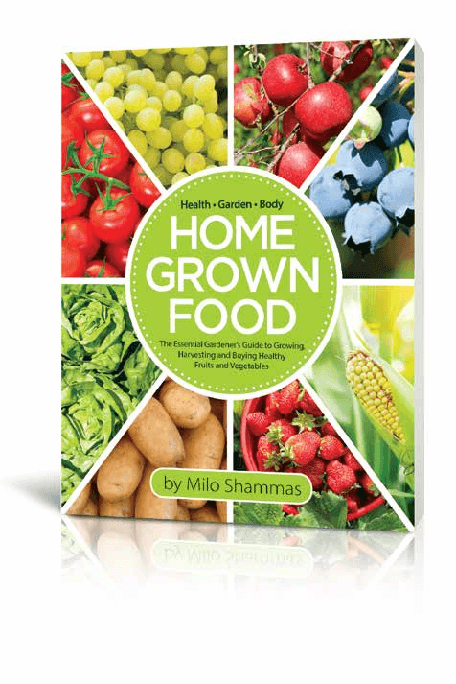 Designed as an organic gardener’s reference tool, Home Grown Food contains a vast amount of knowledge, including a detailed list of the top 100 commonly grown and purchased edible plants across America. Each plant has an illustrated description of their health power, vitamin and mineral content, disease preventative properties, as well as a “how to” guide to growing, controlling insects and other gardening tips. 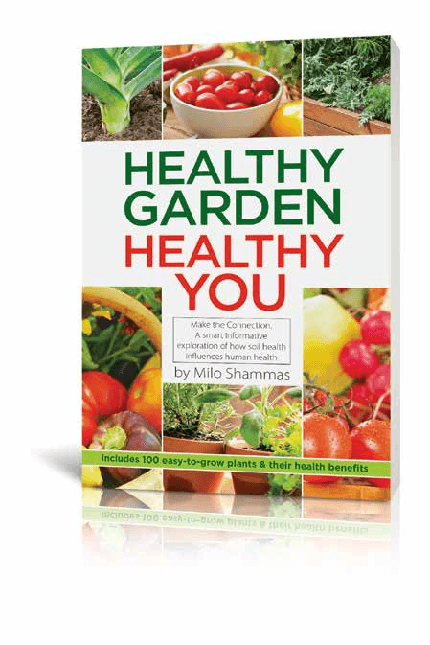 Healthy Garden Healthy You is a ground-breaking publication that took Dr. Earth over a decade to write. It explores the relationship of soil health to plant health, and then into the food we consume. This book comprehensively illustrates the link between human health and soil health, and how to cultivate an organic garden effectively – from microbes to minerals, fungi to compost, and everything in between. It is a must-read for any gardener desiring to find detailed information into organic growing best practices and the reasons behind them.